Gauthier-Charbel Raad, Rolling His Own Movie

Passionate filmmaker, globe trotter and instructor, Gauthier-Charbel Raad has more than one string attached to his bow.

He discovered his passion for movies very early on, and has since then worked tirelessly to make his dreams come true, all while traveling around the world. This Lebanese-French citizen is also a devoted teacher at Université Antonine. Top camera!

At 8 years old only, young Gauthier-Charbel was strongly opinionated on his career path: filmmaking. He used to hide away to take photographs from his brother’s digital camera, and then edit them while his parents were away. “I was a self-taught editor and always knew I wanted to do video clips as I was watching them on TV.” However, his parents weren’t supportive back then, as he recalls missing out on a photography internship once, which his parents did not approve of.

After graduating from school, he convinced them he was going to enroll in medical studies, but he ended up passing the audiovisual exam at the Lebanese University. “I was ranked 2nd and even though my parents were still against the idea, my choice was made”.

A year and a half later, he decided to pursue his bachelor in South Korea, yes, South Korea! Eager to go somewhere where he knew nothing about the culture nor the language and to lose himself in learning and adapting. It was very hard at the beginning he recalls, but it turned out to be one of the best experiences of his life: “I learned a completely new language, but I don’t remember much of it now”, he jokes. He has the opportunity to direct a Korean short movie and to take part of Busan Film Festival.

Raad, who encourages his students to continue their education in a place far away, then completed a double master’s degree in France where his thesis was about the taboos in Lebanese cinema, as well as a performance in directing diploma from the US, accumulating an impressive count of 7 diplomas in filmmaking studies.

Raad always had the intention to work and study at the same time, and the list of job titles he occupied is nearly infinite: director, assistant director, artistic producer, etc. Between TV channels in Lebanon and Europe such as M6, France 3 and France 5, as well as in production houses and independent projects all around the world, such as in the US, Germany, Indonesia and South Korea, he made cinema documentaries, short movies, advertisement and directed video clips.

However, one of his milestones was his critically acclaimed medium-length documentary “Gayrouth” (2014). It was nominated for dozens of international festival awards, and went on to win the Silver Award at the World Human Rights Award and both the Golden Prize and the Award of Merit at the L.A Shorts Awards as well as other prestigious awards. Sadly, “Gayrouth” is banned in Lebanon, because of the subject tackling double life and homosexuality in Beirut, supposedly one of the most open-minded cities in the Middle East. However the director explains, “I insist to talk about a issues that are still considered taboos in our society”.

For this documentary, Raad poured his soul to make it come to life, as he struggled for two years to find a funding. And when he finally found a producer, he took a lot of risks while shooting. “I didn’t want to let go of this project. I believe that if you love something enough, you’ll always succeed in it, and this is why I was very patient”. He admits he is not afraid of society’s opinion about the movie because “people will talk anyway, so we better be doing the things we’re passionate about”.

Raad considers his young age to be an added value in his career: “I want to have a friendly relationship with my students. I always tell them I’m here to share my experiences with you and learn from you too”. If he fell into teaching completely by accident, today he considers it to be a very important task: “I think of it as a social experience as I allow my students to talk. Lebanese youth needs to be heard and express things that neither teachers nor society are allowing them to”. It actually saddens him to see that rare are those close to the youngsters.

The famous writer Chekri Anis Fakhoury was the first one to believe that Raad had a potential for teaching, and this trust humbles him a lot: “I appreciate him a lot. He was the one who gave me one of the biggest opportunities I had in Lebanon when he didn’t even know me. I owe him trust”.

Now that his first year in teaching at Université Antonine is done, Raad is eagerly preparing new courses and advanced classes for the coming semester.

Some Behind The Scenes

What needs to change in local cinema: The solution is to not condition the creative and artistic minds and to not be afraid to talk about subjects that really matter : “We pretend that we are open-minded, but are still very much guided by society’s judgments and opinions, and this is why we still have censorships, restrictions and bans in the local movie production”.

Description of the South Korean cinema: It’s a mix of both traditional and American cinema. 10 years ago, this Asian country was at the peak of its creativity.

Favourite movie scenes: The fantasy scenes from Love (directed by Gaspar Noé), the final scene of Eternity and one day (directed by Theo Angelopoulos), the experience scene from Mommy (directed by Xavier Dolan).

One of his favourite places: Yellow Corner, a photography gallery in Paris.

A professional dream: Presenting a movie at the prestigious Festival de Cannes.

A personal dream: A road trip from the East Coast to the West coast in the US, after he did a similar road trip in France last year.

Quotes he lives by: “Don’t look back, you’re not going that way” and “the sky isn’t the limit, the mind is”.

Upcoming projects, both in Lebanon and outside: “Libertad Beirut”, a new documentary he predicts to be banned in Lebanon, for all the reasons we know of. He is also finishing a couple of short movies, one web series, and one feature movie. He is also the artistic producer of a musical show at Metro el Madina and will be part of the Phoenix Film Festival jury in the USA this year.


And last but not least, get an exclusive sneak peek at Raad’s trailer for his new documentary “Libertad Beirut” which shall be promoted starting next week: https://youtu.be/XUcgcf_dEbA

If less than 30 years were enough to achieve such a path, we really can’t imagine what the next 30 years have in hold for Mr. Raad! 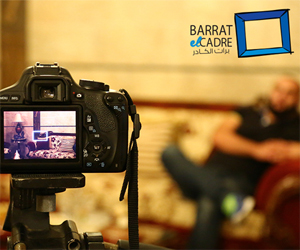 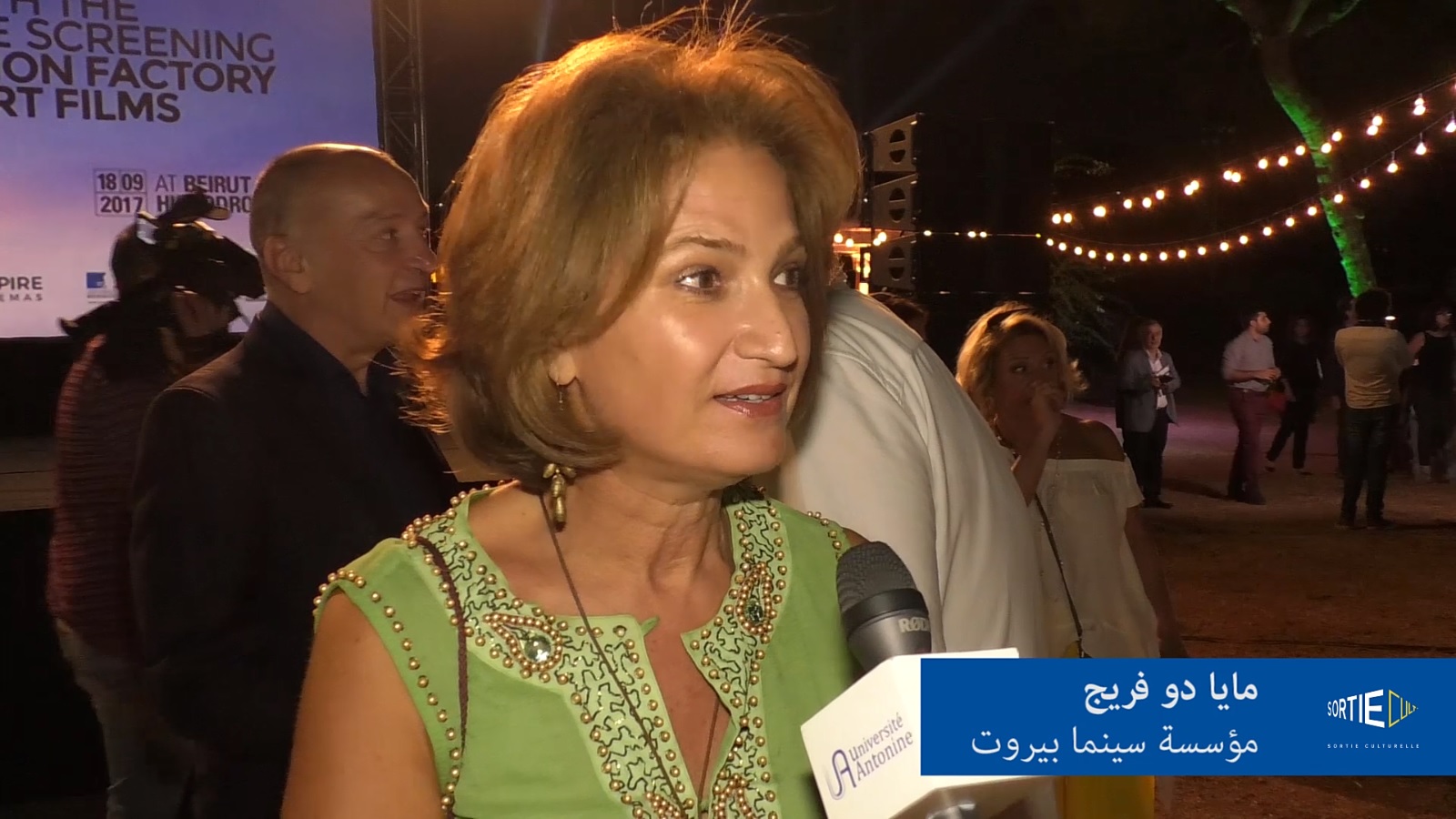 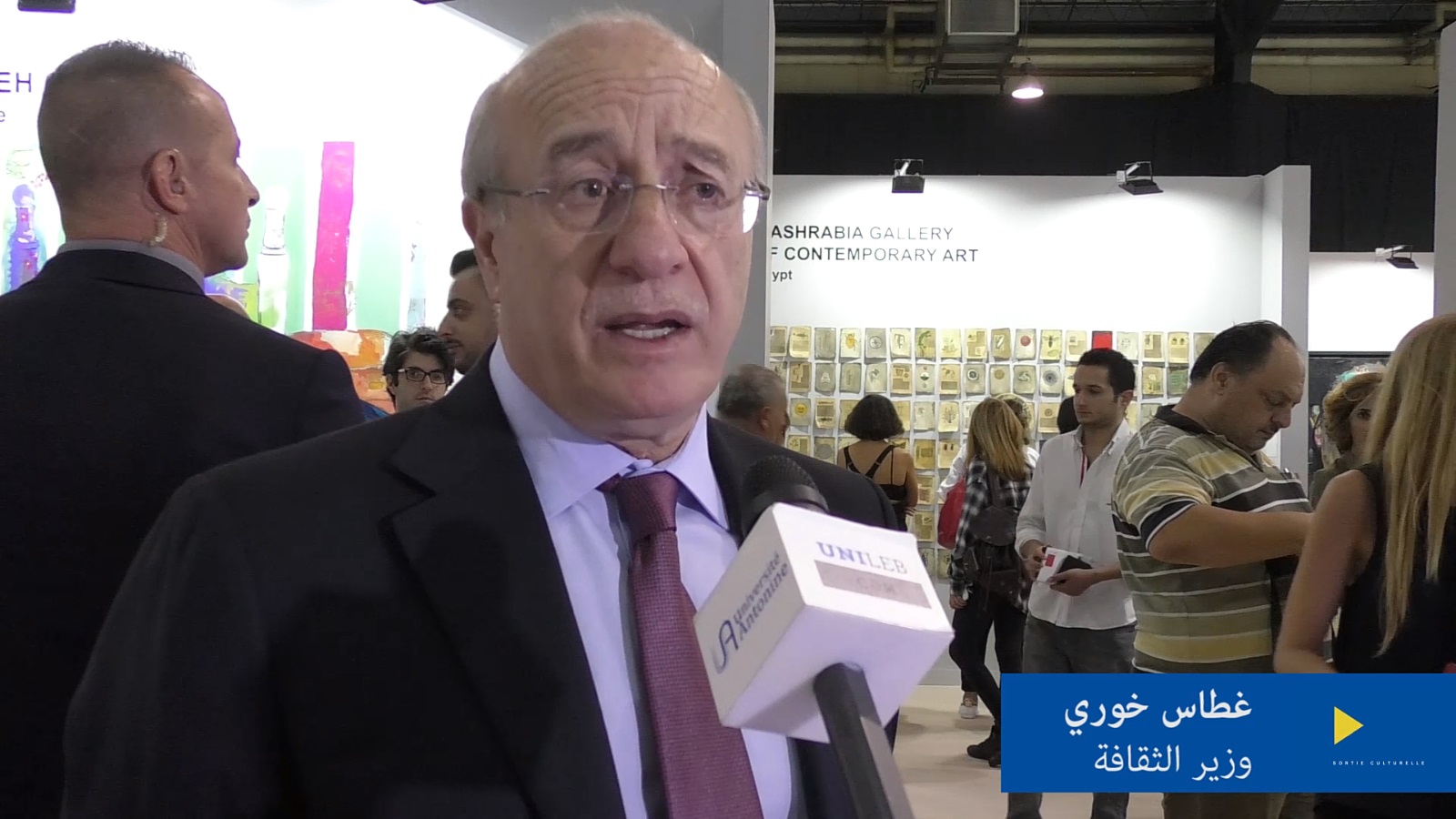 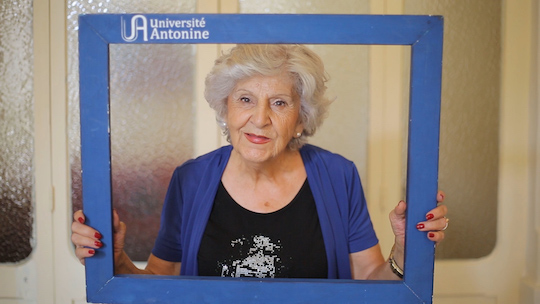 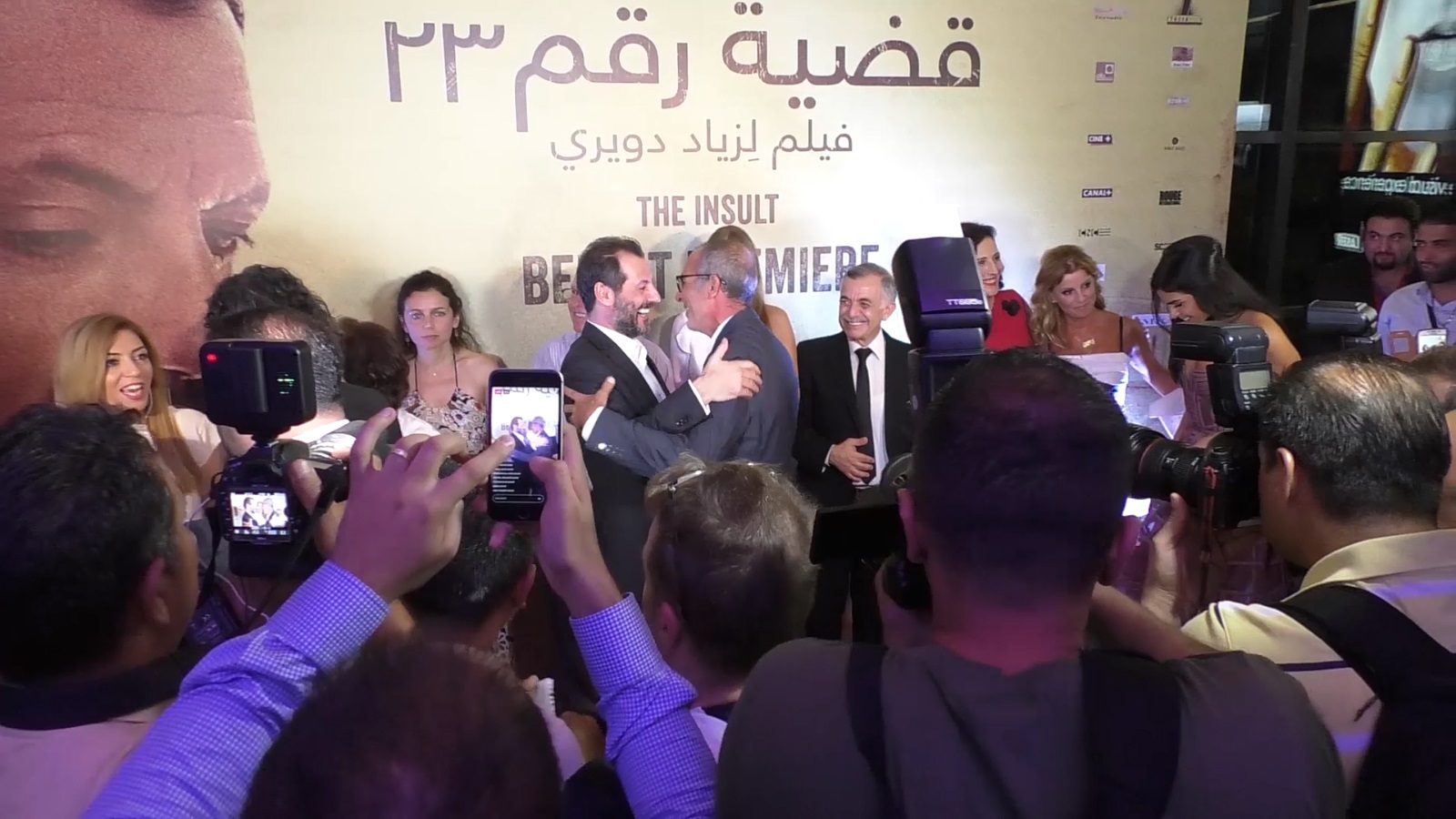 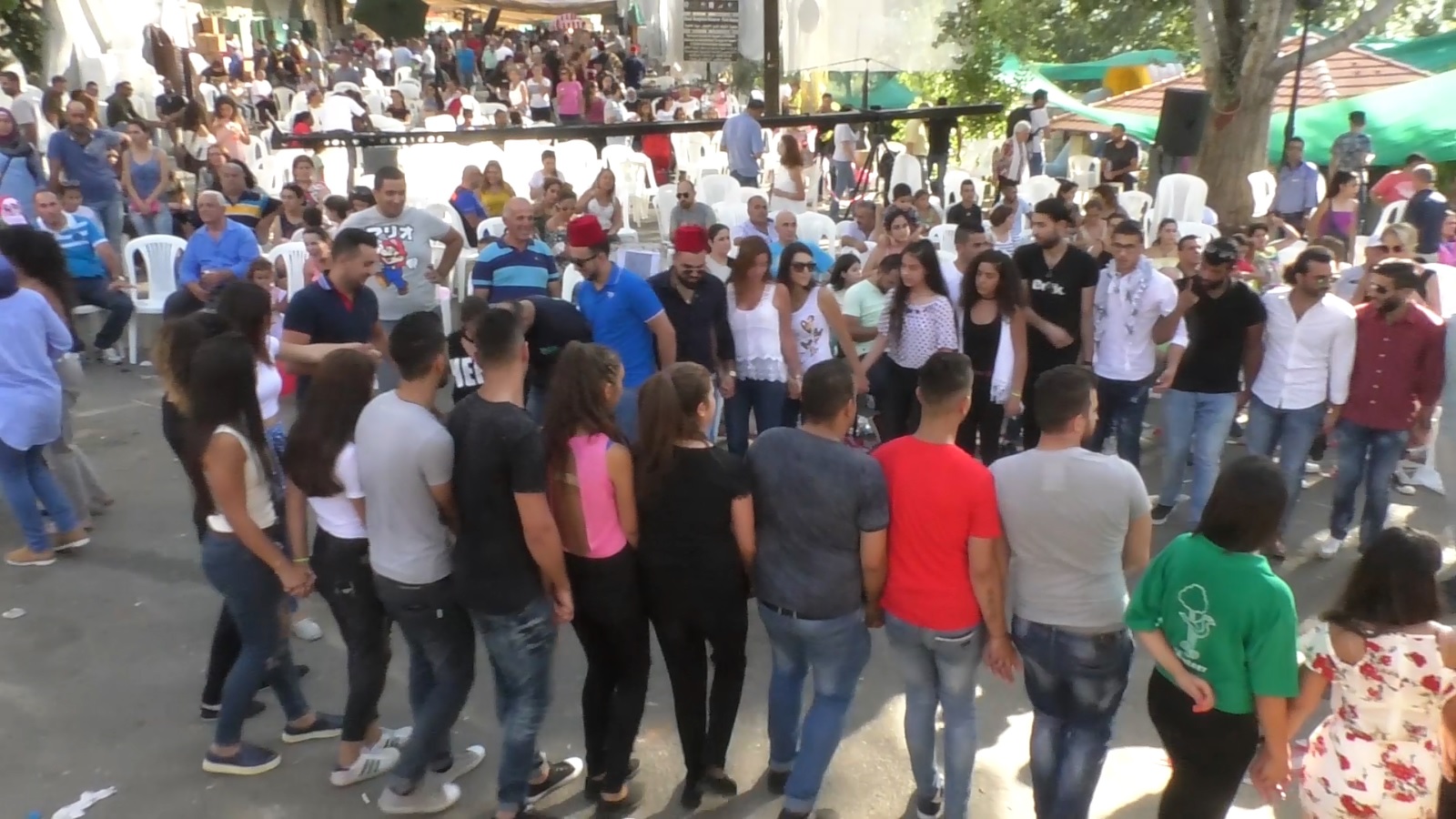